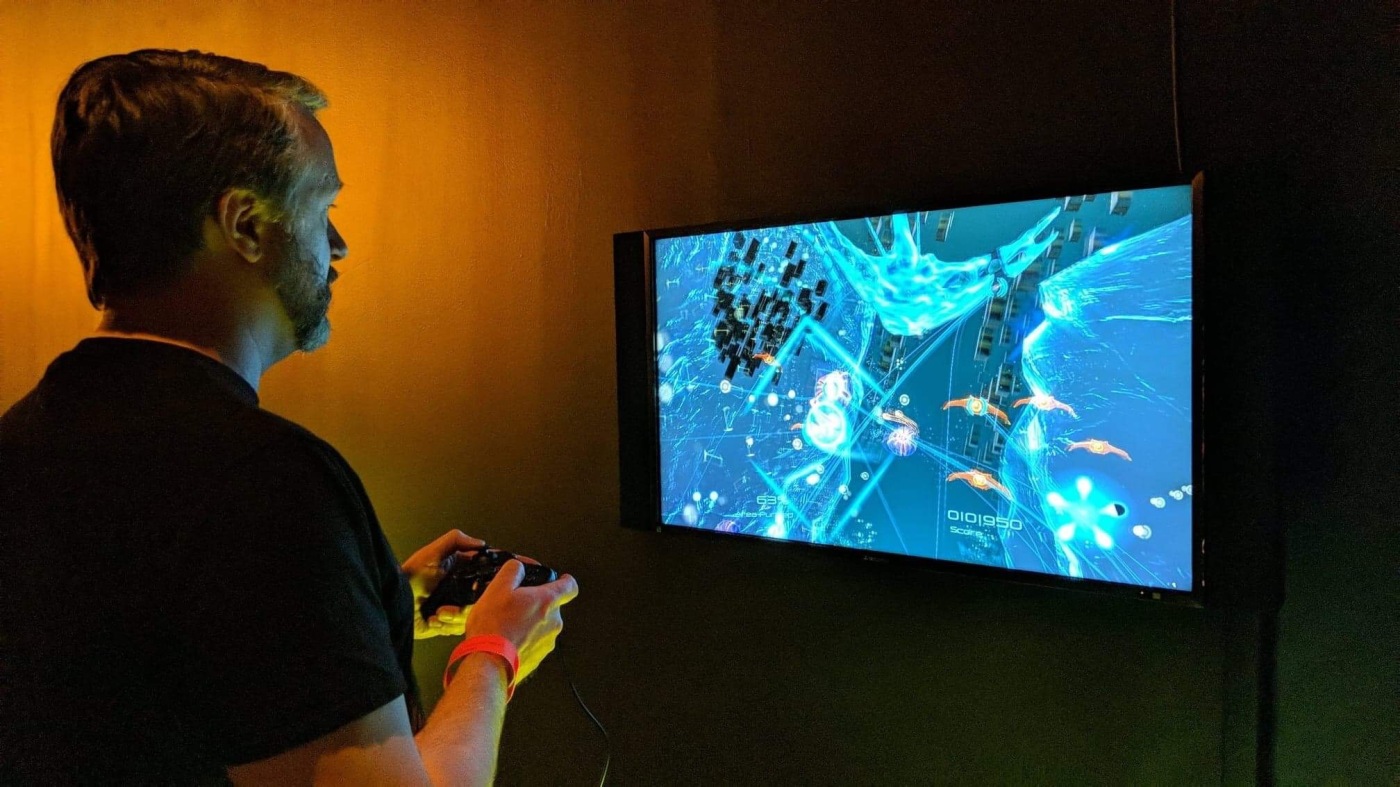 The Science Museum of Minnesota currently has “Game Changers,” an interactive history of gaming with over 140 playable games. Displays cover the history of development studios and design legends, along with concept art and interviews. OiO recently stopped by to get our hands on the history of our favorite medium.

The display opens with an arcade section. It was one of my favorite elements of the display, but it was also one of the most disappointing. It would have been nice if there were more cabinets, and some from our generation. I did get to play Tempest for the first time, and that was very fun. It was one of my favorite games in the entire exhibit. There was no Street Fighter, and it would have been very fun to jump into Rampage.

Here are some of the games on display, and my impressions:

The Indie section had a an impressive array of games. There were stations for two of The Behemoth’s titles: Castle Crashers (with four controllers) and Alien Hominid. Some of the other games on display included:

This section had some of the most disappointing gameplay. I was never good at PaRappa, and with the perspective of history, I can confidently say it’s just not that fun.

Heart of Darkness was my personal hell – I couldn’t clear the first screen. There was a never ending line of shadow dogs rushing at me, constantly knocking me off a cliff. Apparently, you have unlimited lives. I couldn’t shoot them and I couldn’t jump over them. After some mirth at my ineptitude, my good friend Eric jumped in, and also failed to clear the screen. We said a silent prayer of thanks for the PS4, and moved on.

Game Masters had a lot of potential. It starts off as a pong clone, and evolves to have all kinds of crazy stuff. It looked like it would deliver the high of air hockey with a video game twist. While the screen did interesting things: taking our battle to space, with the ball bouncing off asteroids; to a medieval castle with a series of power-ups, it just felt odd to me. The touch controls felt out of place. It is super accessible to younger gamers, but I prefer the tangible feel of an air hockey paddle.

PC titles from the early 90s 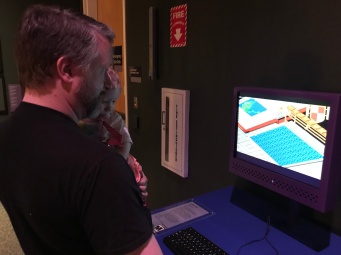 I tried playing Populus once when I was 12. Today, like that day, I failed to figure out how to do anything. 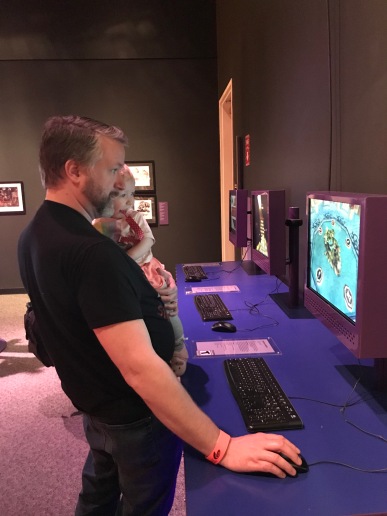 Similarly with Black and White, I couldn’t get much going. My daughter was not impressed.

One of my questions heading into the exhibit was how engaging it would be to get your hands on an in-progress game and messing around for a couple minutes. I have always loved PC gaming, and this wound up being the hardest part for me to just jump in. Some of the games on display included:

I jumped into Ultima Underworld The Stygian Abyss and fumbled around for a bit. It was a cool interface, exploring corridors in a dungeon. It was probably awesome in it’s time, but it feels clunky today. I was basically naked, and constantly getting stuck on walls. Five to six minutes was enough time for me.

The bulk of the exhibit was consoles of every shape and size. At one point, four different Lego games were lined up next to each other. There were a number of Sonic titles and some classics like Altered Beast and Golden Axe. Notably missing were any Nintendo products, outside of one Wii running Disney’s Epic Mickey.

I was able to get my hands on a couple titles for the first time:

Child of Eden – This trippy, on-rails space shooter had me locking onto multiple targets

and blasting pieces off a giant space whale. It felt reflexive to me, almost like Geometry Wars. It would be an awesome VR title.

Psychonauts – I’ve always been interested in this game, but never got around to playing it. I tooled around the first level, finding figments of imagination (collect 100 and you rank up! Rank up 10 times and you get a new power) and being bullied by a dufus in a sports jersey. I don’t know what the setup was, but it was pretty fun and I would be very interested in playing an updated version on current gen.

In between the consoles and the indie section, there were a couple small booths set up with Rock Band and Singstar. They did a remarkable job of cancelling noise.

This was a fun exhibit, and I encourage any gamer within driving distance of the Science Museum to check it out. I was wondering if the crowd would be more people like me looking for a dose of nostalgia, or kids leaping from game to game. Mostly, it seemed like parents around my age letting their kids run wild.

It was interesting to watch kids who have grown up with tablets play clunky old games. One child played one life in Donkey Kong, died, and when mom asked if he wanted to play again he just said “no” and moved on.

Outside of that experience, kids seemed to be enjoying it. The full-vehicle arcade games were big hits. PC games were less crowded. Arcades also got less play.

For an adult, the lines to play anything were pretty light. I had to wait behind a person or two in the arcade section, but for the consoles I could basically come back to anything that peaked my interest in a couple minutes. Overall, for $20, it was a great way to spend a couple hours.

2 thoughts on ““Game Changers” at Science Museum of Minnesota”